From the wind-whipped tip of Malin Head to the safe haven of Kinsale Harbour, wrap yourself in the wilderness of the west coast of Ireland on the world's longest defined coastal touring route.
The Wild Atlantic Way is a sensational journey of soaring cliffs and buzzing towns and cities, of hidden beaches and epic bays. So whether you drive it from end-to-end, or dip into it as the mood strikes, it's going to be a once-in-a-lifetime experience.
This world-famous coastal route on the very western edge of Europe starts on the Inishowen peninsula in Donegal, crowned by the Signature Point of Malin Head - Ireland's most northerly point. In an area of breath-taking beauty

Enter Malin Head along the west side of the Wild Atlantic Way’s Inishowen Peninsula and continue to the tip called Banba’s Crown (named after a mythical goddess of Ireland). "The Tower", as it’s known locally, was built by the British Admiralty in 1805 as part of a string of buildings right around the Irish coast to guard against a possible French invasion.
More modest are the nearby WWII lookout posts. Malin Head was one of 83 coastal locations used to provide a picture of wartime events along the Irish coastline. The coast watchers here had plenty to report on in the early stages of the war as German U-boats attacked convoys in the vicinity.

Overall, the turbulent waters off Malin Head have witnessed more than their share of maritime history. The folk at Malin Head Shipwrecks can tell you that there are more ocean liners and German U-boats sunk off this stretch of coast than anywhere else in the world.

The view from the top

Several miles off the coast of Malin Head lies Inistrahull island, composed of the oldest rocks in Ireland, metamorphic gneisses dated at around 1.778 billion years old! Further to the east, the hills of Scotland can be seen on a good day.
Also in view just along the coast from Banba’s Crown is Ballyhillin Beach, a unique raised beach system of international scientific significance. It’s a reminder of a time, 15,000 years ago, when sea level was up to 100feet higher than today. The beach is also well-known for its semi-precious stones.
It’s not uncommon to see dolphins at play along this coastline, and sometimes the spectacular Northern Lights/Aurora Borealis can be seen from here. 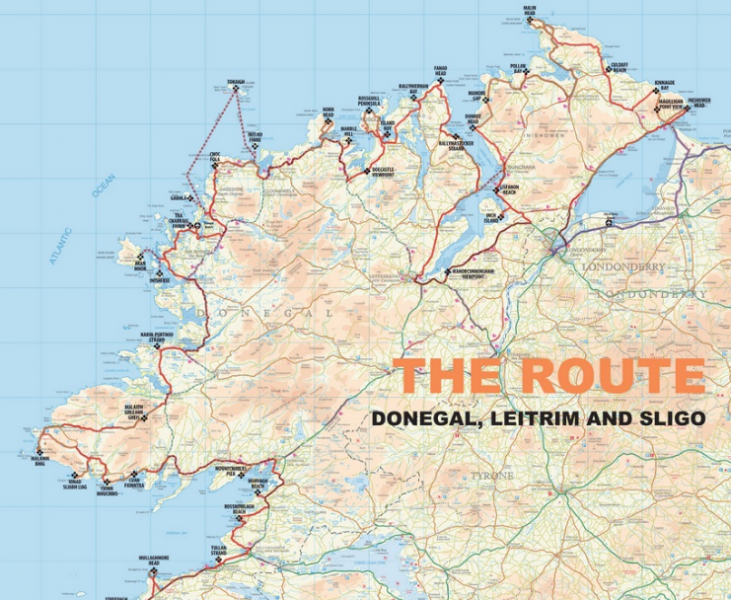 McGrory’s Hotel in quiet Culdaff is just 15km from the spectacle of Malin Head and the perfect coastal base to explore this special part of the world.
Within a short drive, energetic hike or cycle of the most stunning coastline sculpted by the ever changing Atlantic Ocean  - golden beaches, spectacular cliff and mountain walks, we in McGrory’s will help you explore this unique setting. Explore the North West Coastline and the Wild Atlantic Way with a friend or loved ones with nine discovery points on the route all only a scenic drive from the Hotel. The hotel is only minutes from Culdaff beach which is one of Ireland’s most beautiful blue flag beaches with swimming, canoeing, surfing, sea and shore angling all available. The perfect haven for a tranquil walk to escape the pressure of the outside world.

Preference cookies are used to keep track of your preferences, e.g. the language you have chosen for the website. Disabling these cookies means that your preferences won't be remembered on your next visit.

We use analytical cookies to help us understand the process that users go through from visiting our website to booking with us. This helps us make informed business decisions and offer the best possible prices.